3D rendering is a very renowned terminology in the world of 3-dimensional animation. It forms the basis of every 3D outcome and architectural model makers in Australia employ rendering to create the best of results. 3D rendering has its origins in 1970s but evolved to the adaptations you can see now. Originally, they were wireframes but with advancement of technology, 3dimensional wireframe objects were translated on screen. Progress in hardware enabled movement to the 3D object. Thereafter, the wires were eliminated to reveal a more concrete and life-like shape to the proposed object. 3D perspectives made their entry subsequently supplying the shape with vanishing points in order to give it some 3D depth.

Color was thereafter introduced but the first colored views were lifeless since they lacked many important elements to a 3D object such as shading, texture and illumination. While 3D emerged, rendering was unheard of then.

The first set of 3D renderings was very rudimentary. Although they were better than colored 3D objects; they were still basic. Some techniques were developed in those days and these included texturing, shadows and transparency. Texturing involved development of a more realistic image to the 3D object. Light plays a huge role in creating superb 3D renderings. The use of lights meticulously helped in displaying shapes and textures appropriately. However, each technique involved multiple parameters and hence took several hours to weeks to produce an image. The scenario is different today. Computers of today are faster and can hence handle the task with relative ease. 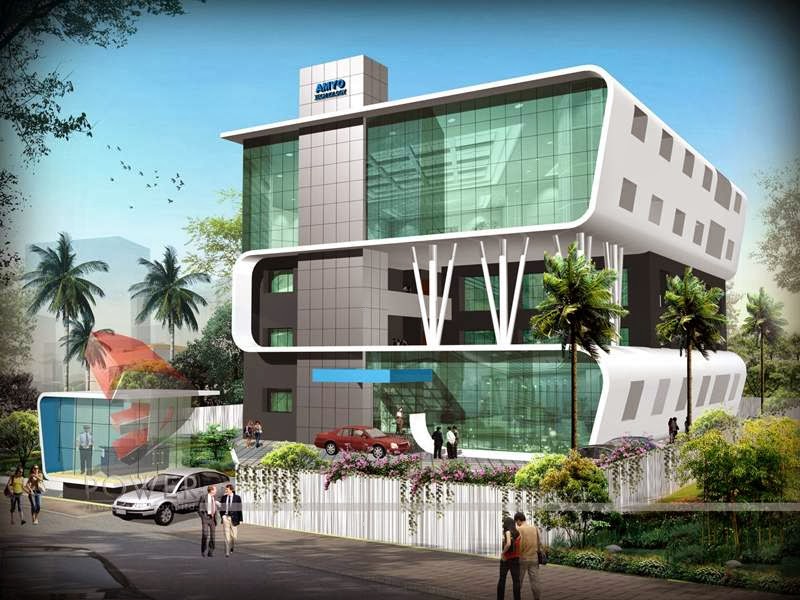 Today architectural model makers in Australia use 3D renderings to showcase maximum impact. Hardware was the biggest limitation during the initial days of 3D rendering. Speed of hardware determined quality and speed of production process.

It was not until the 90s that hardware gained speed and better processing power to create better photographic quality. Thereafter, advancement in 3D rendering hardware propelled the advent of new techniques. Radiosity and Caustics came into play.

3D renderings are used by architectural model makers in Australia for a number of reasons. They include but are not limited to

Thus 3D renderings have evolved over a period of time. And their path of evolution has not ceased either. There is a lot more potential and advancement of technology can make production of virtual images closest to reality, if not better.